Waikato-Tainui is the operational entity which manages tribal affairs for its 77,000 members. The governance structure is led by two representatives of each marae, which act as its parliament and is known as Te Whakakitenga o Waikato. This organisation appoints an executive committee known as Te Arataura which oversees the operational functions of the organisation.

Waikato-Tainui oversee the operational functions that strive to meet the social and cultural needs of the diverse membership. This is reflected in a robust work programme which is reviewed annually. We also oversee and implement of the 2008 Waikato River Settlement and related statutory and regulatory reform. We lead and monitor our outstanding Treaty claims. Read more about our Settlements and Claims here.

Tainui Group Holdings makes up the commercial arm of the group and its primary role is to deliver an annual dividend so that the tribe can apply those funds to meet the social and cultural needs of its members.

Our settlement has enabled the building of a solid financial foundation. The long-term vision for our people is captured in Whakatupuranga 2050. Our success will be measured against fluency in te reo Maaori, strength in tikanga, better health outcomes, and members who are well-educated, financially secure, environmentally conscious and socially sound. All of this will be underpinned by a strong commitment to Kiingitanga,

In the changing global environment the world our future generations live in will be significantly different to ours. So our approach for moving forward is one that embraces change and focuses on supporting our marae and tribal members by optimising our resources, leveraging our relationships.

Waikato-Tainui also has an important advocacy role to play. It ensures that the various Crown commitments are actively maintained in a way that accurately reflects the intent of our settlement legislation. We engage directly with local, regional and central government on matters that impact our people.

Te Kootuinga are collectively responsible for providing leadership to all the kaimahi (employees) of Waikato-Tainui. Their leadership strives to work towards achieving the strategic objectives of Whakatupuranga 2050 the tribal blueprint. 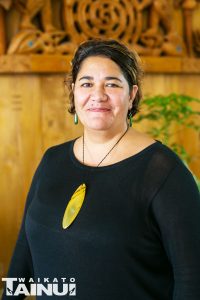 A known face throughout the tribe, it is a role that she recently returned to after being on secondment with Te Ruunanga o Ngaai Tahu as the General Manager, Strategy and Influence.

She holds key responsibilities for providing leadership to all employees of Waikato-Tainui and works closely with the Chair of Te Arataura and the Senior Leadership Team on a wide range of complex issues that confront Waikato-Tainui. 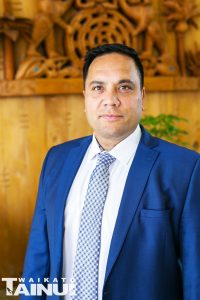 Paki is passionatate about iwi development and the continued success of Waikato-Tainui. Paki has a Masters in Applied Science (in living marine resources). He was previously an employee at Te Ohu Kaimoana who spent seven years as the manager of asset allocation; he wants to enhance the role that iwi and Maaori play in designing and leading the future direction of Aotearoa.

Paki has several years of executive experience working both in governance and management roles. For the last 18 years he has been working in the environment and fisheries sector. 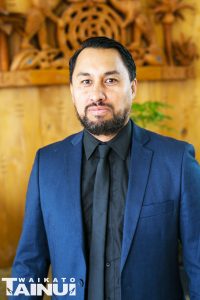 In 2003, he worked for a consultancy firm before returning to the tribe in 2006 as a legal analyst to support negotiations for the Waikato River Claim.

Taipu and his team provide strategic and legislative support to resolve the tribe’s outstanding claims and oversees a number of legislative settlement responsibilities related to the raupatu and river settlements. 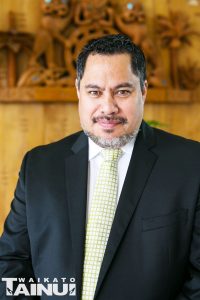 With over thirty years experience in the Communications and Marketing sector, Jason Ake was appointed the General Manager – Engagement and Communications in 2017.

Trained formally as a journalist, Jason has several network connections with central government and private sectors. He was working previously as an advisor to the Public Sector before joining Waikato-Tainui.

He leads a team that is responsible for the marketing, communications and engagement functions for tribal members and staholders of Waikato-Tainui. 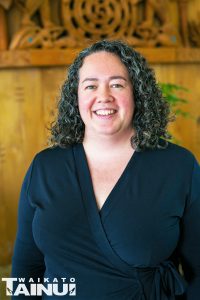 Peata graduated from Victoria University of Wellington with a Bachelor of Laws and Bachelor of Arts in 2009 and was admitted as a Barrister and Solicitor of the High Court of New Zealand the following year.

Her career began in Wellington where she worked for five years as a solicitor, focusing on natural resource management and Treaty settlements. Her work there included acting for Waikato-Tainui in relation to our outstanding claims and the relativity mechanism. After some time overseas, Peata is enjoying working more closely with Waikato. She feels privileged to lead the team that is responsible for ensuring that robust, high-quality support and advice is provided to Te Whakakitenga and Te Arataura and monitoring and reporting on the strategic direction of Waikato-Tainui. 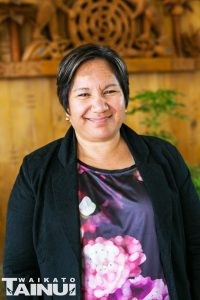 With over two decades of experience in the education sector, Raewyn was appointed as the General Manager, Education and Pathways for Waikato-Tainui in 2017.

Raewyn is an advocate of the importance of education which enables better life outcomes for tribal members. She has worked both in the primary and secondary teaching sectors which informs the work of her and her teams.

Raewyn leads the Education and Career Pathways team who are responsible for driving key educational and career pathway initiatives for tribal members of Waikato-Tainui. 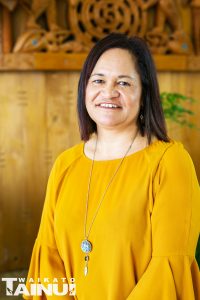 Marae has spent more than two decades working in the Public Sector. She joined the Tribal Development Unit in 2006 after her role as the National Operations Manager for the Māori Land Court.

She then took a role with the Waikato District Council working in community development and regional council before making the move from management into governance.

She moves back to the tribe as the General Manager – Wellbeing and Development after several years of management and governance positions.

Marae leads a dynamic team that advocates and provides advice to improve the health and wellbeing, and economic wealth outcomes for tribal members of Waikato-Tainui.

Janet is another familiar face within the Waikato region. She has been involved with a number of different tribal iterations of Waikato-Tainui for many years.

With an operations, communications and event management background she is the General Manager – Operations.

She currently leads one of the largest teams here at Waikato-Tainui and looks after organisational effectiveness through operational and financial functions, policy and procedural development, business performance and human resources.